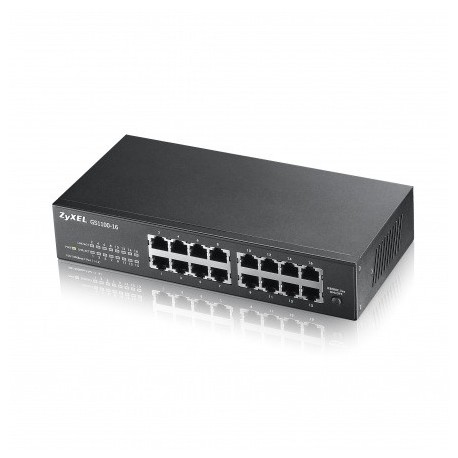 Fanless design
The complete GS1100 Series comes in a fanless design that ensures silent operation in small or quiet office environments. The GS1100-8HP PoE model is specifically designed with an external power adapter that eliminates the need for an additional fan to cool down the device, making it perfect for quiet PoE deployments.